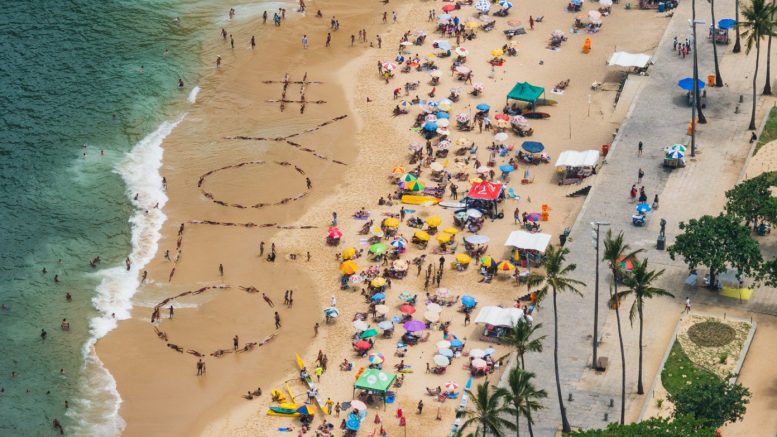 MIAMI, FL—It’s spring break and, despite the ongoing COVID-19 pandemic, America’s young and sexy beachgoers have some rays to catch. It’s going to take a lot more than a deadly pandemic to stop these party animals from getting wet and wild in their natural habitat. While Spring breakers on the Florida coast are dying of the spreading COVID-19 virus, one thing lives on: their right to party. Recent aerial photographs reveal that the recently deceased funsters have been arranged on the beach to spell #YOLO — a popular acronym that stands for the inspirational axiom “You Only Live Once”.

“I will literally party until I bleed out of every orifice and pass on enough viral death fog to wipe out a small country,” said one man wearing one of those hats with two beer cans on top that have little hoses leading to his face. The beer-headed man’s attitude seemed to match many on the beach who expressed no concern for their own deaths or the many deaths to come because of large public gatherings such as this one.

Party goers on the beach already have a drinking game planned for if police invade and force them all to disperse. “Every time they say hands up, take a shot of tequila,” said one of the beach-anarchist ringleaders. ” We’re gonna get so trashed. S’gonna be awesome.”