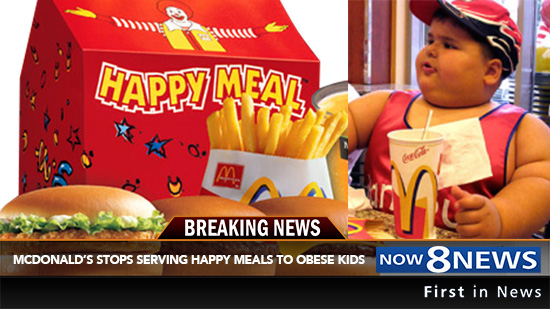 Childhood obesity has more than doubled in children and quadrupled in adolescence in the past 30 years. According to the Center of Disease Control (CDC) more than one third of children and adolescents in the United States were overweight or obese in 2012. Many say the convenience of fast food restaurants is to blame, and McDonald’s has decided to stand up and take responsibility for it.

In a statement released by McDonald’s on Monday, they have announced that they will no longer serve Happy Meals to obese children beginning January 1, 2016. Instead, they will offer their healthy options menu such as salads and yogurt which will include a toy from their McHealthy Dolls Collection and a healthy eating plan schedule for children under the age of 12. Their McHealthy Dolls Collection consists of slim, healthy, muscular “action figures” to inspire them for better health. The collection will come with toy accessories such as jump ropes, smoothies, treadmills and coupons for their new calorie counting cell phone app.

Every McDonald’s in the US will be installing scales in front of the registers just like the one you see in the photo below. Children will be asked to stand on this scale before ordering or they will not be served. They also plan on posting signs to let customers know that they have the legal “Right to refuse service to anyone.”  McDonald’s admits it will be difficult to gauge a child’s weight when placing drive-through orders. However, coworkers will visually “estimate” a child’s weight and make their own determination before serving the order to the parent. 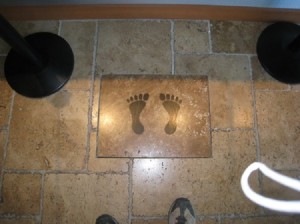