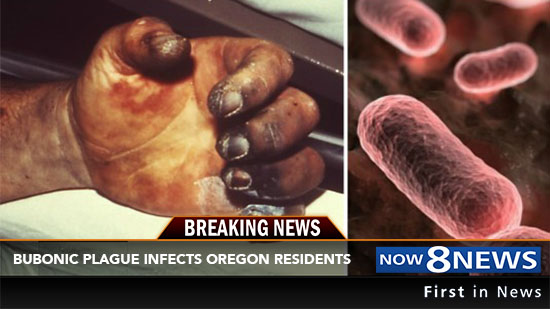 News 8 –  A 16-year-old girl from Crook County, Oregon has been diagnosed with the bubonic plague, also known as ‘black death.’ The bubonic plague is known for causing the death of an estimated 50 million people during the 14th century, wiping out between 25% to 60% of the entire population of Europe, Asia and Africa.

Oregon public health veterinarian, Emilio DeBess, stated the following: “Many people think the plague is a disease of the past, but it’s still very much present in our environment, particularly among wildlife. Fortunately, the plague remains a rare disease, but people need to take appropriate precautions with wildlife and their pets to keep it that way.”

After experiencing flu-like symptoms, death usually occurs within 10 days. Doctors believe the girl may have picked up the plague after receiving a flea bite during a recent hunting trip. Fortunately, the plague has not yet spread in mass numbers, although residents of Western America are being warned to take precaution in areas where the plague has been attained in recent history. Since 1995, there have been 8 human cases of bubonic plague in Oregon. However, the number of bubonic plague cases in the US has increased, with 15 reported this year, 4 of them resulting in death.