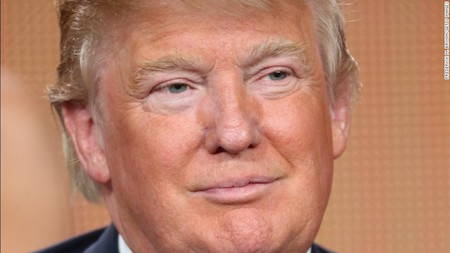 News 8 –  Donald Trump stumbled when asked about the heads of major terrorist organizations on Thursday and then lashed out at what he called a “gotcha question.” Tromp, the front runner of the GOP nomination, blasted conservative radio host Hugh Hewitt in an interview and said it is “ridiculous” to be questioned about who leaves Hamas, Hezbollah,, al-Nusra and ISIS. “I think it’s ridiculous. I’ll have, I’m a delegator. I find great people. I find absolutely great people, and I’ll find them in our armed services, and I find absolutely great people,” Trump said.

Trump sought to downplay the importance of knowing who controls the terror groups. He suggested that those leaders – some of whom have led their groups for years – would likely no longer be in power by the time he would reach the White House. “As far as the individual players, of course I don’t know them. I’ve never met them. I haven’t been, you know, in a position to meet them. If, if they are still there, which is unlikely in many cases, but if they’re still there, I will know them better than I know you,” Trump told Hewitt.

During the interview, Hewitt said he didn’t mean to be asking trump “gotcha questions” – but the front running Republican candidate was having none of it. “Well, that is a gotcha question, you know, when you’re asking me who’s running this, this, this,” Trump said. And Trump also said that the difference between Hamas and Hezbollah, the groups that pose the most direct threat to Israel, does not yet matter to him. “It will when it’s appropriate,” Trump responded.