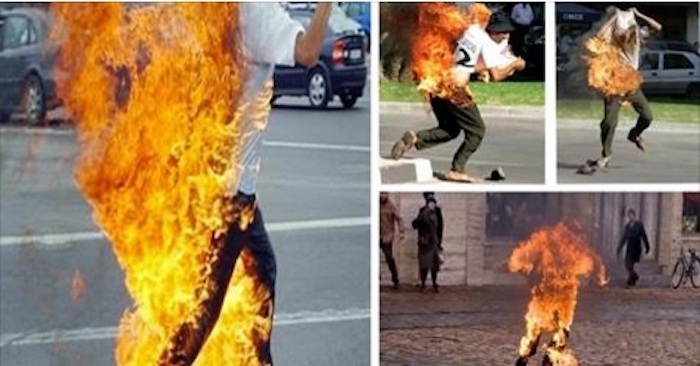 A woman is in custody after setting her husband on fire for allegedly molesting her 7-year-old daughter.

According to police, Tatanysha Hedman, 40, poured gasoline on her husband Vincent Phillips, 52, as he slept.  At that point, she allegedly set him on fire.

Phillips ran from the couples apartment and entered a convenience store screaming, “I’m on fire!”

Investigators say Hedman set him on fire because he hurt her daughter, which is his stepchild.  She told police that shooting him “was too nice.”

Phillips has been charged with first degree child molestation.  He is in intensive care.

Hedman was sent to jail on assault and arson charges.

A gofundme account has been set up to help with Tatanysha’s legal fees.