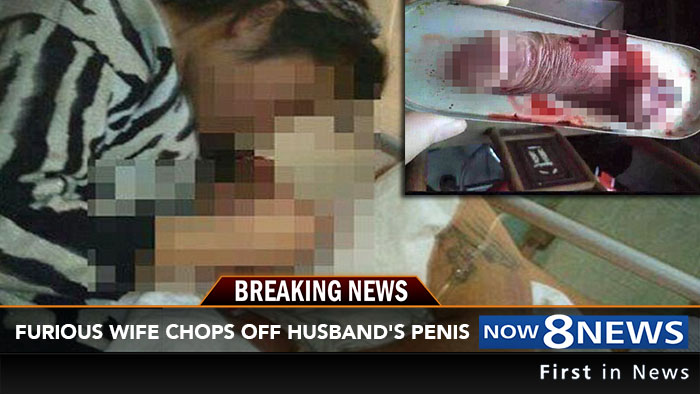 You know that saying about how hell hath no fury like a woman scorned? That may not be a universal truth, but it certainly seems to apply to one furious wife in China who caught her husband cheating and decided to take revenge by chopping off his penis — not once, but twice.

Fan Lung, 32, a father of five, drew the wrath of his wife Feng, age 21 (both pictured above at the hospital), when he reportedly used her phone to send a racy email to his mistress. Fan forgot to log out of his account, and when Feng later read the email, she grabbed a pair of scissors and cut off Fan’s penis while he was sleeping.

Doctors were able to re-attach the penis at the hospital, but Feng wasn’t finished with her revenge. She was able to sneak into the recovery room and cut off his penis a second time. This time, she threw it out a nearby window. Fan, shocked by the second incident, chased his wife outside even though he was bleeding heavily. According to a spokesman for the hospital, “Staff rushed out to see what was happening and found the patient with blood streaming down his legs hitting the woman. He was stopped and the woman was taken in for treatment, and then we discovered she had chopped his penis off again.” 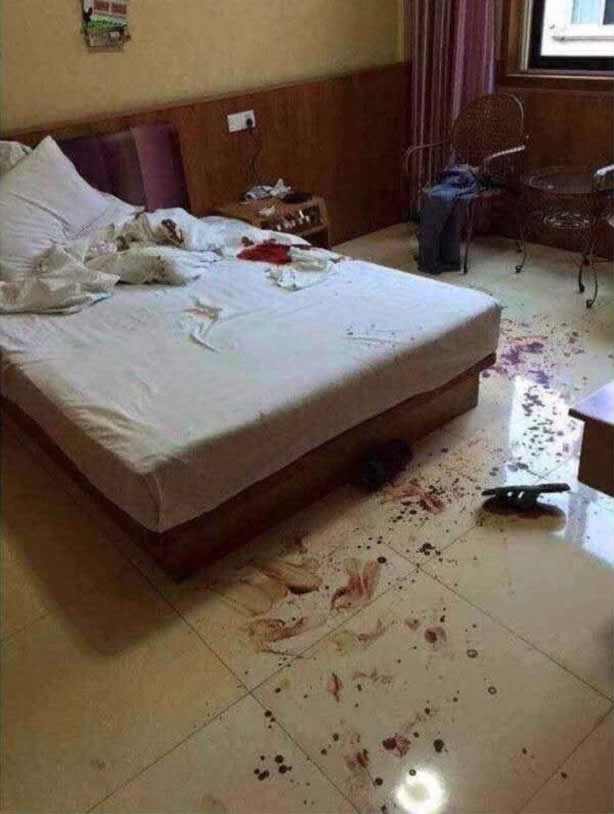 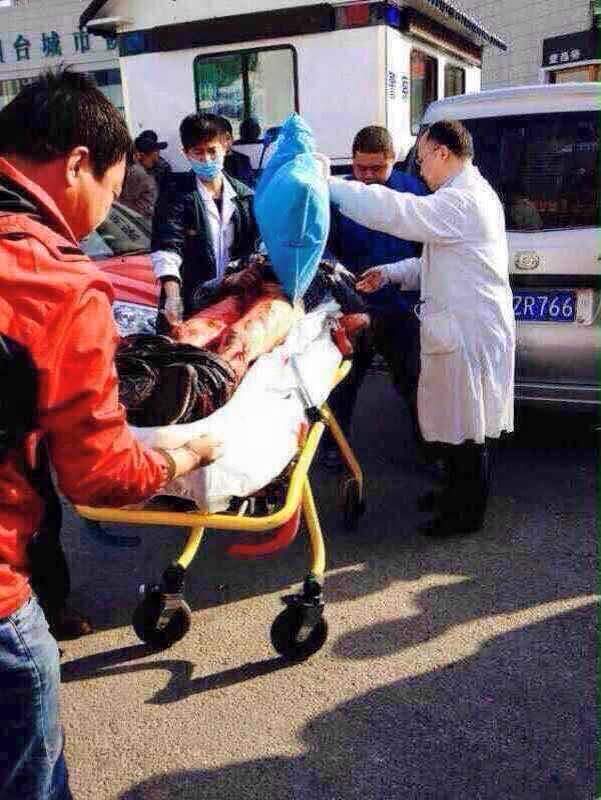 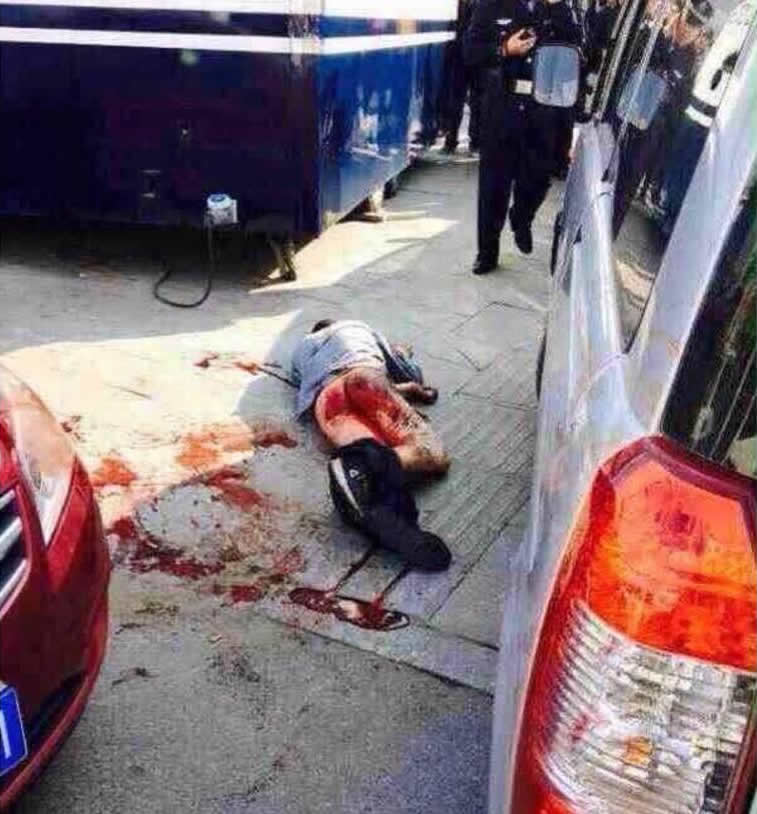 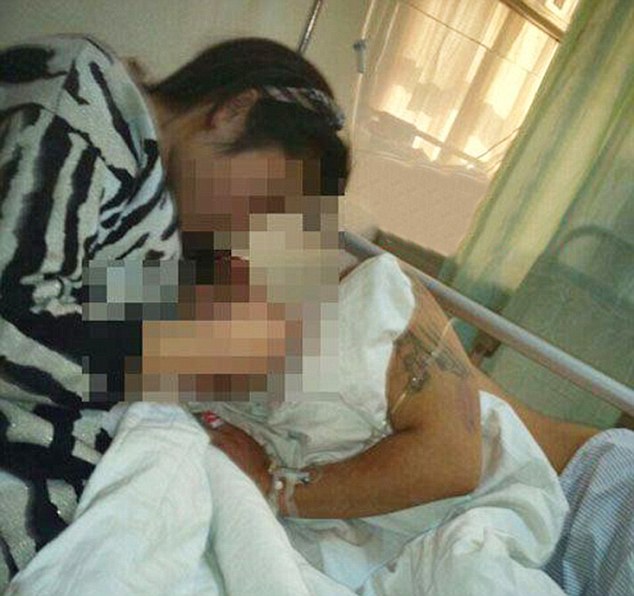 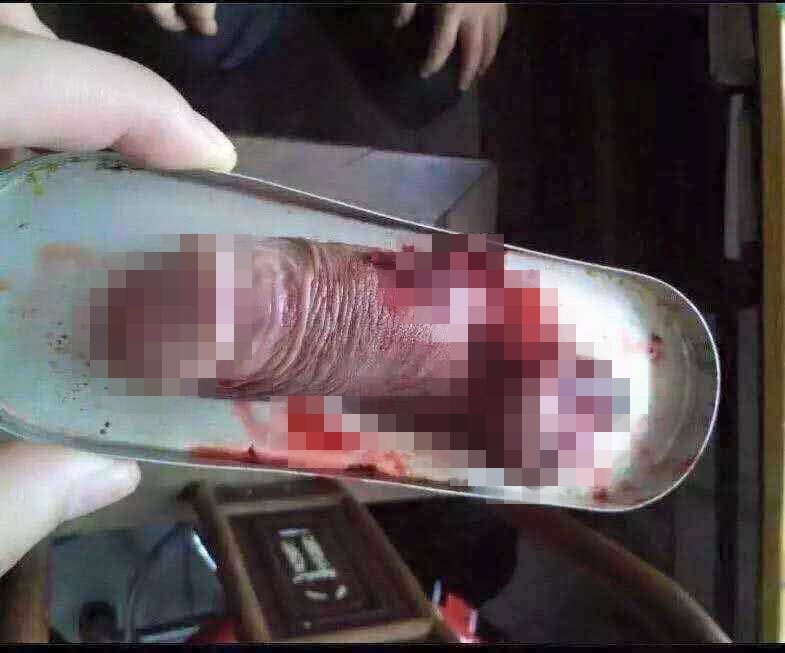 Unfortunately for Fan, by the time staff members were able to search for the missing member, they were unable to find it. They speculate that dogs or cats might have carried it off once Feng threw it outside.

After this entire fiasco, Feng is now in police custody under charges of grievous bodily harm. Fan’s mistress, 21-year-old Zhang Hung, says that it doesn’t matter to her if her boyfriend can’t ever have children again. She said that because he already has five kids, it’s enough for her.