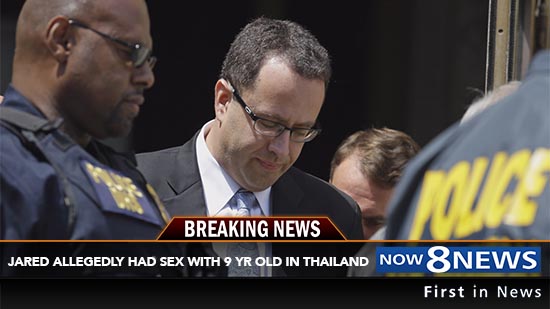 News 8 –  A former Subway franchisee by the name of Cindy Mills has come out saying that she warned the sandwich empire about Jared Fogle in 2008 – and the company failed to do anything about it. Fogle was allegedly texting Mills and telling her he had been paying for sex with minors.

Mills alleges that Fogle told her about a trip he took to Thailand where he had paid to have relations with minors between the ages of 9 and 16. After receiving these horrific messages from Fogle, Mills claims she went to Subway’s executive Jeff Moody with the information. Mills said she alerted Moody about Fogle’s inappropriate text messages, and Moody claimed he had received similar comments.

But according to Mills, Moody said something very bizarre to justify doing nothing about this news: “Moody said, ‘Don’t worry, Jared has met someone. She is a teacher and he seems to love her very much, and we think she will help keep him grounded.'”

Moody, who is currently the CEO of Rita’s Italian Ice, could not be reached to tell his side of the story. But, if this is true that Subway knew about Jared’s activities nearly a decade ago and failed to do anything about it, they could be in big trouble!