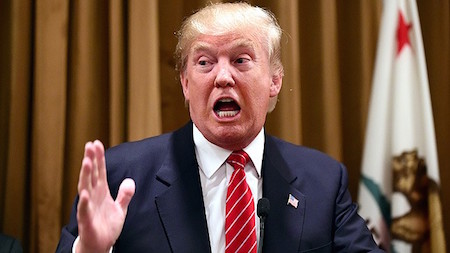 News 8 –  Donald Trump has a double-digit lead over his next closest competitor in the race for the GOP presidential nomination, according to a Fox News poll. Trump takes 26% support in the poll, followed by Jeb Bush at 15%. When Fox asked the same question in July, Trump had only a small lead over Wisconsin Gov. Scott Walker. At the time, he took 18% support, compared to the 15% for Walker and 14% for Bush.

It’s the fourth pole in recent weeks to show Trump with a double-digit lead nationally. According to the Real Clear Politics average of polls on Monday, Trump leads the next closest contender, Bush, by 9.8 points. Walker is in third place in the Fox news poll, taking 9% support, followed by Ben Carson at 7% and Sen. Ted Cruz and former Arkansas Gov. Mike Huckabee, each at 6%. Rounding out the top 10 are senators Mark Rubio, and Rand Paul at 6%, and New Jersey Gov. Chris Christie and Ohio governor John Kasich, each at 3%.

Fox news is capping the first Republican presidential debate on Thursday at 10 candidates, based on national polling numbers. The media outlet hasn’t disclosed which polls it will use, but it seems likely Fox will use its own. That’s good news for Christie and Kasich, who have consistently finished in the top 10 in recent polls and appeared to be well positioned to nab the final two spots on the debate stage Thursday night.

Fox News is also hosting a forum earlier in the day for the candidates who don’t make the primetime debate cut.