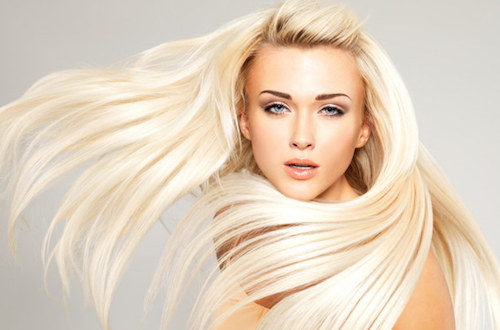 News 8 –  Scientists believe that the last natural blondes will die out within 200 years. A study by experts in Germany suggests people with blonde hair are an endangered species and will become extinct by 2202. Researchers predict the last truly natural blonde will be born in Finland – the country with the highest proportion of blondes.

But they say too few people now carry the gene for blondes to last beyond the next two centuries. The problem is that blonde hair is caused by a recessive gene. In order for a child to have blonde hair, it must have the gene on both sides of the family and the grandparents generation.

The researchers also believe that so-called bottle blondes may be to blame for the demise of their natural rivals. They suggest that dyed-blondes are more attractive to men who choose them as partners over true blondes. But Jonathan Rees, Professor of Dermatology at the University of Edinburgh, said it was unlikely blondes would die out completely. “Genes don’t die out unless there is a disadvantage of having that gene or by chance. They don’t disappear,” he told BBC News online. “The only reason blondes would disappear is if having the gene was a disadvantage and I do not think that is the case. The frequency of blondes may drop drastically, but they won’t disappear completely.”