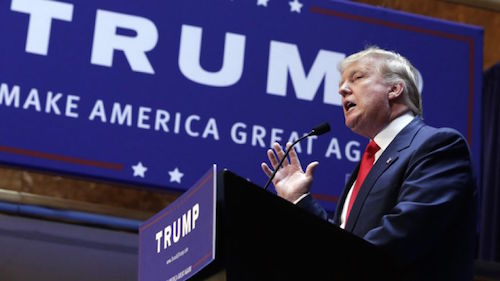 News 8 –  A funny thing happened while the media were hyperventilating over Donald Trump’s pugilistic style and whether he will be smacking his rivals at the Fox debate here. Trump started pulling his punches. Make no mistake, Donald is still his bombastic self, making the others look like shrinking violets. But in a series of interviews over the last week or so, as he has surged into an ever greater first-place lead, the billionaire is toning it down just a bit.

Trump is even making nice with journalists he previously dismissed as losers and morons. He says he’s not going to attack anyone at Thursday night’s debate, but will counterpunch only if necessary. And I take him at his word. The dealmaker is smarter than his detractors believe. And that’s why he is calibrating his words a tad more carefully.

Trump Knows full well that his finger in the eye persona has been a spectacular success – such a success that he has twice the support of Jeb Bush and Scott Walker in the latest Fox poll and other surveys. That means he’s reached a point of diminishing returns – each new slap at a Rick Perry or Lindsey Graham isn’t going to give him another big boost. He can do just as well by attacking a broken system and selling himself as the brash businessman who will solve America’s ills. But there is a deeper calculation at work here. For all the punditry about Trump as a summer fling, his front runner status suggests that he has an actual shot at winning the Republican nomination. And therefore, on that Cleveland stage, he has to be seen as a plausible president. That’s why, in my view, Trump is being less outrageous.