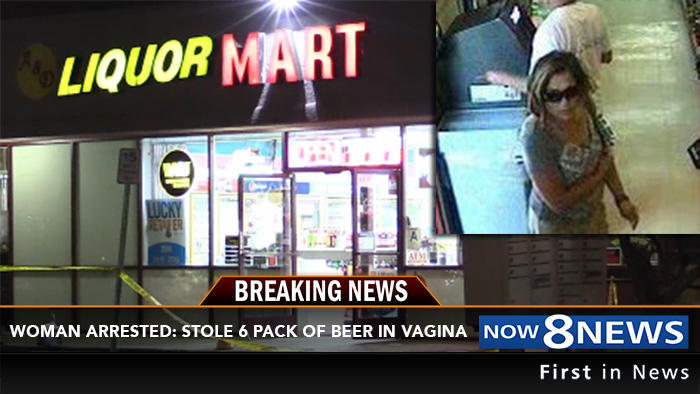 A Los Angeles woman was arrested overnight after a failed attempt to perform a “beer run” at the liquor Mart on N. 15th St. Juanita Ramirez, 35, entered the liquor store disguised in sunglasses and acting “nervous,” according to eyewitnesses.

“I immediately notice her body language when she entered the store,” said Apu Azaria, store owner. “So I followed her around by watching on our security cameras. I saw her take a six pack of beer in the bathroom and she came out empty-handed.”

That’s when Azaria confronted Ramirez and asked her if she left the six pack of beer in the bathroom. Ramirez denied the allegations and try to push past the store owner to exit the store. That’s when Azaria grabbed her by the arm and the struggle began.

“When I grabbed her she fell to the ground,” said Azaria. “Foam and blood oozed out from under her skirt. I had no idea what was going on! Make a long story short, it was beer and her injuries from the shards of broken glass. I guess when she hit the ground she broke a bottle.”

When paramedics arrived they reportedly pulled five bottles of Heineken and one shattered bottle.

“I’ve never seen anything like this before,” said Robert Gonzales, paramedic. “We rushed her to the hospital, where they performed emergency surgery to stitch up the internal lacerations.”

Ramirez is recovering in the hospital, but authorities say when she is released they will be booking her on charges of shoplifting. The store owner is pursuing charges.