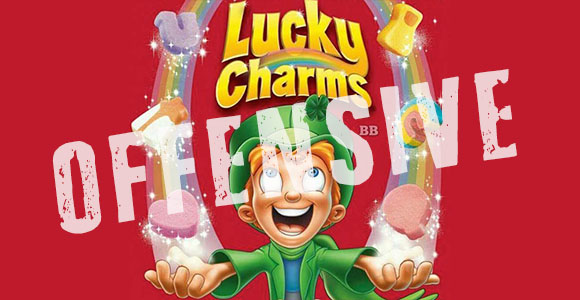 The Irish Historical Society says they will no longer allow companies or people to brand them as “leprechauns” saying it is offensive, rude, stereo typical and racist. They have urged for the makers of Lucky Charms cereal, General Mills, to take this issue seriously.

“Where do they get off acting like we are all a bunch of leprechauns, some type of lucky charm if you will,” said Benny O’Drill, president of the Irish Historical Society. “Irish people should be angry, they should be mad, they should not put up with this. What people don’t realize, is this is as offensive to us as the “N” word is to black people. Unless WE are saying it, of course.”

The IHS has filed a $10 million lawsuit against the cereal corporation claiming “mental cruelty and slander.” They are asking Irish people across the world to unite against this type of cruel labeling of a human race. O’Drill Says this lawsuit is only the beginning. They plan on filing an additional lawsuit by the end of the summer putting a ban on green beer, pots of gold and rainbows when referring to the Irish holiday, St. Patrick’s Day. “Pots of gold? Green beer? Rainbows? Really? Where the hell do they get this from? It’s preposterous. We plan to put an end to this nonsense.”