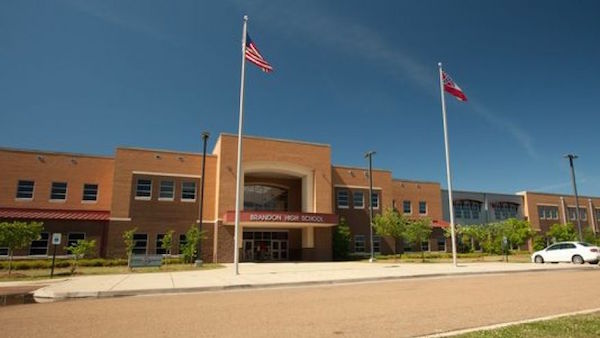 News 8 –  Allowing a school assembly honoring high achievers to open with a prayer made one Mississippi school district $7500 poorer – any student who sued $2500 richer. The Rankin, Mississippi, public school district was hit with a fine after US District Judge Carlton Reeves said it defied his prior order barring prayers during school events. According to the judge, the prayer violated a 2013 court settlement that ordered the district to stop “proselytizing Christianity.” The alleged violation, which came at an assembly last year for students who scored above 22 on their AC T college admissions test, prompted the judge to apply fines for that and another incident, in which Gideons International was permitted to hand out Bibles to elementary school students.

“The district’s breach did not take very long and it occurred in a very bold way,” Reeves wrote in his judgment. “It’s conduct displays that the district did not make an effort to adhere to the agreed judgment.”

Reeves also ordered the district to pay the students legal fees, an amount that would be determined at a later date, and threatened a $10,000 fine for any future infractions of the order. The assembly at Brandon High School in May 2014 began with a prayer led by local Methodist pastor Rev. Rob Gill. Although not mandatory, the assembly honored the district students who scored higher than a 22 on their ECT college tests.

The school district first came under legal fire when the same student took the school district and the schools then principal, Charles Frazier, to court in 2013 for forcing him to attend a series of assemblies that promoted Christianity. Attorneys for the school district have argued that Gill’s prayer did not violate the 2013 orders or the student’s First Amendment rights because attendance at the assembly was optional. Reeves, however, believes the district has been trying to indoctrinate students with Christianity.

“From the accounts detailed in the record, it appears that incorporating religious script and prayers with school activities has been a long-standing tradition of the district,” the judge argued.

In a statement issued by an attorney, Rankin County Superintendent Lynn Weathersby said that despite the court’s ruling, students and teachers will continue to pray. However, district staff will have to adjust in order to comply with the ruling.