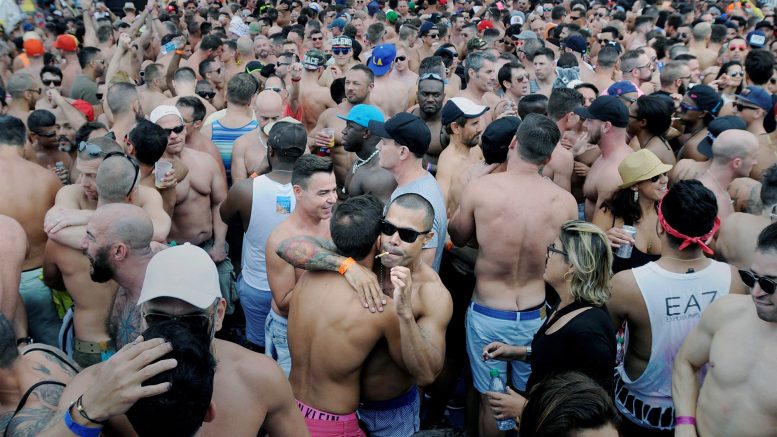 As the coronavirus continues to spread and disrupt life worldwide, one festival is finding the memory of its celebrations tinged by the outbreak.

The Winter Party Festival, an annual, weeklong LGBTQ event held in Miami, drew thousands from across the country when it kicked off earlier this month. But though it ended March 10, in the week following the event several attendees have tested positive for the coronavirus, according to festival organizers.

“We know there are many places people could have been exposed before and after Winter Party as this virus has developed, but we wanted to make this information public as soon as possible,” Rea Carey, executive director of the National LGBTQ Task Force, which organized the festival, said in a statement Monday. “The health and safety of anyone who participates in any Task Force event is of great importance to us.”

The festival, which began March 4 and drew 10,000 attendees throughout the week, predates the current wave of event cancellations that have swept through the nation and ranged from sporting leagues to tech conferences. In her statement, Carey emphasized that event organizers “made the most informed decision at the time, following all official guidance available at the time.”

Event organizers took additional precautions during the festival, distributing 10,000 hand sanitizer bottles and hygiene information to attendees. It remains unclear whether the virus was present in attendees for the duration of the festival, as none experienced symptoms at the time, but health officials warn the virus can still be transmitted before symptoms occur. While incubation period estimates range from 1 to 14 days, it is most commonly around 5 days, according to the World Health Organization.

One by one, states and cities have begun to prohibit large crowds in an attempt to curb the virus’ spread. In Washington state, several counties have banned crowds over 250 people, while New York city has implemented a similar ban for gatherings over 500. On Monday, President Donald Trump announced new guidelines which advised against gatherings of more than 10 people.

While the National LGBTQ Task Force did not confirm how many attendees have tested positive for COVID-19 at this time, in an email Carey pointed to the inability for many to get tested for the virus.

“We are monitoring the situation but the real story here is that millions of people across the country would like to get tested and the government has not done its job to make testing available,” she said. “We hope that as people do get tested, they contact those with whom they have been in direct contact with and seek medical attention if necessary.”