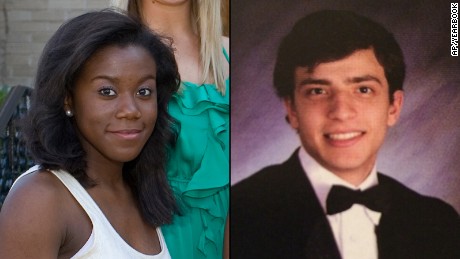 News 8 –  To Mississippi residents were arrested last weekend and charged with attempting to provide material support to ISIS, according to a law enforcement official. Mohammed Oda Dakhlalla and Jaelyn Delshaun Young were arrested at a Mississippi airport on Saturday. Authorities say they were planning to travel overseas to join the terror group. An initial court appearance from Monday was continued to today, when a criminal complaint will be announced.

CNN obtained a copy of the criminal complaint filed in US District Court. Law enforcement sources confirmed it is genuine but said the final version of the complaint could change. According to the criminal complaint, Young and her soon-to-be husband were planning to fly from Mississippi to Europe, then travel to Syria and join ISIS. It was not immediately clear whether they had obtained legal representation. Family members could not be immediately reached for comment.

The criminal complaint details what federal investigators say where the couple’s plans to travel to Syria and join ISIS, as allegedly communicated through social media to two FBI employees over the past several months. Among the allegations:

– Young wrote of her plans to marry Dakhlalla so the two could travel to Syria together. She confirmed that the wedding took place in June, and said the couple’s cover story would be that they were flying to Europe on their honeymoon. To avoid suspicion, “We won’t be flying to Istanbul. He will fly to a different country and take a bus.”

– “I am good with computers, education and media,” Dakhlalla allegedly wrote in one of his messages to an FBI employee. “What could I contribute?”

– The couple repeatedly wrote about their difficulties getting passports and their hopes to make it overseas before the end of Ramadan. “We can’t make any further movements until our passports come in,” Dakhlalla allegedly wrote. “We got them expedited but until then we are stuck in a rut.”

– In a July message, Young allegedly praised the July 16 attacks at military centers in Chattanooga, Tennessee, in which four Marines and a sailor were killed. “The numbers of supporters are growing,” she said.

Last week the couple allegedly purchased plane tickets to fly from Columbus, Mississippi, to arrive at their final ticketed destination of his stumble, Turkey. According to the law enforcement official, Dakhlalla is the son of a local imam, Young is the daughter of a Vicksburg, Mississippi, police officer and a recent convert to Islam.