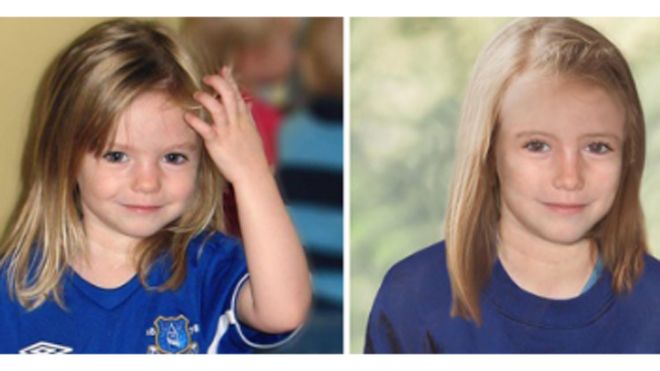 News 8 –  British investigators probing the 2007 disappearance of Madeleine McCann from a resort in Portugal have contacted Australia police about remains of a young girl found in a suitcase near highway, London’s Metropolitan Police Department confirmed to FOXNews.com Tuesday. “We are aware of the discovery of the body and we have made contact with authorities in South Australia,” a spokeswoman for Scotland Yard said Tuesday morning. Australian police, meanwhile, said a connection is “unlikely,” although the girls ages match and the dead girls time of death lines up with McCann’s disappearance.

The remains, found with a distinctive homemade quilt, were described by the South Australian police department as those of a “fair haired” child, likely a Caucasian female and between 2 1/2 and 4 years old. Based on an examination of the bones, Australian police determined the child was killed “sometimes since the start of 2007.”

McCann was 3 when she was last seen sleeping with her two younger siblings in a vacation villa in the Portuguese resort town of Praia da Luz on May 3, 2007. The international search for the missing British toddler has led police to nearly every corner of the world and yielded thousands of leads over the last 8 years, although the case remains unsolved. The girls parents left her sleeping in a room with her younger brother and sister, while they dined at a restaurant with other couples about 150 feet away. The McCanns checked on their three children periodically throughout the evening. When Kate McCann arrived at the ground floor villa at around 9 PM, she discovered Madeleine missing from her bed.

The remains were found July 15 near the Karoonda highway – just west of the Wynarka Township in the Murray Mallee region of Australia. Police there have said the probability that the remains are McCanns is low, but they have been in contact with British authorities. “At this time our inquiries will focus on where the evidence leads us in this investigation, and at this point that primary focus remains within Australia,” said Detective Superintendent Des Bray of the South Australian police.