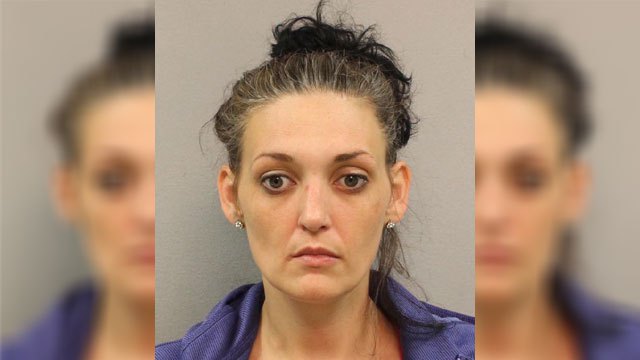 News 8 –  A mother was arrested last week after allegedly selling heroin to a man while her two kids waded in her car in East Nashville. According to an affidavit, detective saw Samantha Clark Parker car at a gas pump at Z Mart at Granada Avenue and Gallatin Road. She allegedly got into another vehicle that drove down the street then walked back short time later. As she got back in her car a man got out and entered a Chevrolet Impala.

They followed each other a short distance to the parking lot of young fashion where Clark, 31, got into the Impala with the man, according to the report. Several minutes later she got back in her car and drove away.

The detective stopped her for not using her turn signal and as one of them approached the car, he reportedly saw Clark moving around. When he asked what she was doing, she responded “hiding it,” and they removed a folded piece of paper and a syringe from her person, according to the report.

It field-tested positive for heroin. Clark allegedly admitted to the detectives that she had purchased the drug from the person in the first unidentified vehicle, and then sold some of it to the man in the Impala.

The report also stated that the man in the Impala was in her car at the gas station to watch her two children, a 10-year-old boy and two-month-old girl, while she purchased the heroine.

Clark was arrested and charged with two counts of child neglect and a felony drug offense. Her bond was set at $21,000.