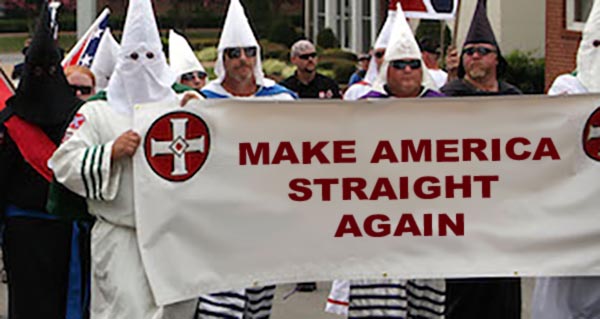 Wilmington, NC – Protests got heated on Monday when the Ku Klux Klan marched to “Make America Straight Again.” The faction of the KKK called the “Loyal White Knights” banned together with their white brotherhood with hopes that the US will reverse their legal stance on gay marriage. 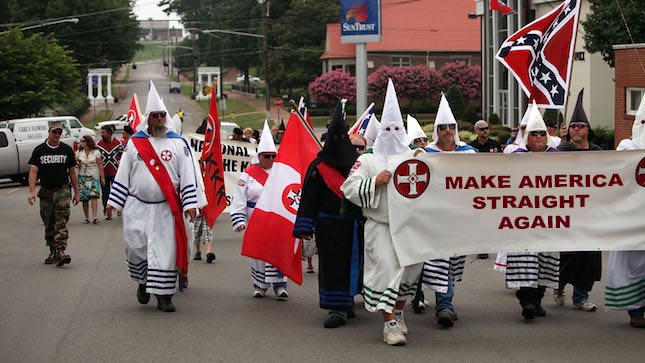 “These people are disgusting and need to be stopped,” said Jed Murry, KKK member. “Hugging and rubbing like it’s okay. It’s not okay. God made Adam and Eve, not Adam and Steve.”

The march was met by opposition from the LGBTQ community that flew in to North Carolina from all over the country. “We have a right to love,” said Rita Connerly, gay activist. “We have feelings just like everyone else. We will not loose our rights to gay marriage.”

The march ended without incident.